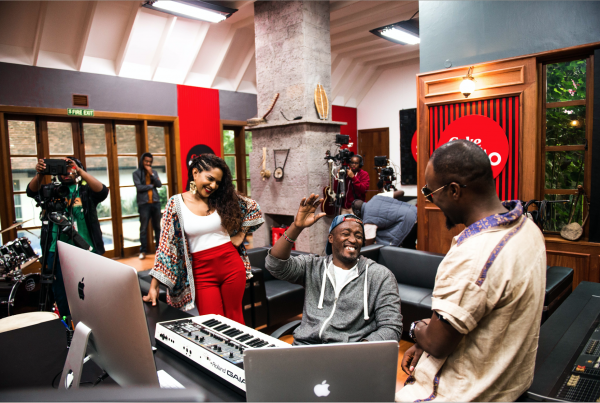 “Coke Studio Africa showcases Africa’s incredible music by combining different artists and genres to inspire a new generation of African music fans. With the expanded show, we aim to bring the continent alive through a fusion of music and culture that celebrates our diversity,” said Monali Shah, the Senior Content Excellence Manager for Coca-Cola Southern and East African Business Unit and Coke Studio Africa Project Director.

“Music is the heartbeat and the soul of many diverse communities throughout Africa. From Bongo, to Kwaito, to Lingala and other genres across Africa, Coke Studio Africa is helping introduce these different musical styles to new communities for the first time, while maintaining a long tradition of Coca-Cola’s use of music to build its brands,” She continued.

Like the previous editions, Coke Studio aims to inspire and introduce Africa’s music talents to a new and wider audience through interaction, collaboration and cooperation amongst musical artists while also building a strong brand connection with Africa’s young and growing population.  Africa is full of great music talent in communities, cities and countries, and Coke Studio Africa can give these artists wider exposure, while enabling greater interaction, collaboration and cooperation to create inspirational new sounds.

Some of the renowned names this season include Ugandan artists Bebe Cool, Eddy Kenzo and Sheebah, Khaligraph Jones & Band Becca from Kenya, Rayvanny, Izzo Bizness, Nandy from Tanzania, Sami Dan from Ethiopia, Ykee Benda representing Uganda, Nasty C, Busiswa, Mashayabhuqe from South Africa, Youssoupha from Democratic Republic of Congo, Runtown and Yemi from Nigeria. Adding to the list are Dji Tafinha from Angola, Laura Beg from Mauritius, Jah Prayzah and Slapdee from Central Africa Republic, Bisa Kdei and Worlasi from Ghana, Betty G from Ethiopia, Bruce Melodie, Shellsy Baronet & Mr. Bow from Mozambique, Denise from Madagascar and Ozane from Togo, Freeda from Namibia. Key names in this year’s production are reputable producers such as Yuvir Pillay Nivedan a.k.a Sketchy Bongo from South Africa, Kiff No beat from Ivory Coast, Nahreel from Tanzania amongst others.

“Music has always been the heartbeat and soul of Africa, but the Internet, social media and creativity is taking artists from their communities and cities and allowing them to reach an audience across the continent which is being supported through initiatives such as Coke Studio Africa,” Said Lucy Oduor Marketing Manager, Kenya- Coca-Cola CEWA.

Coke Studio Africa 2017 is expected to air from August in South and Central Africa markets and from September onwards in East and West Africa.

Coke Studio Africa is a non-competitive music collaboration show, which seeks to bring together, and celebrate the diversity of African music and talent. It also gives upcoming artistes the opportunity to work with some of the best local and international music and production talent. It brings together artistes from different genres, eras and regions to create a modern and authentic African sound through musical fusion.

To keep up with all Coke Studio Africa related information including artistes, collaborations, lyrics and television airing times follow the hashtag #cokestudioafrica or find us online at the following pages: