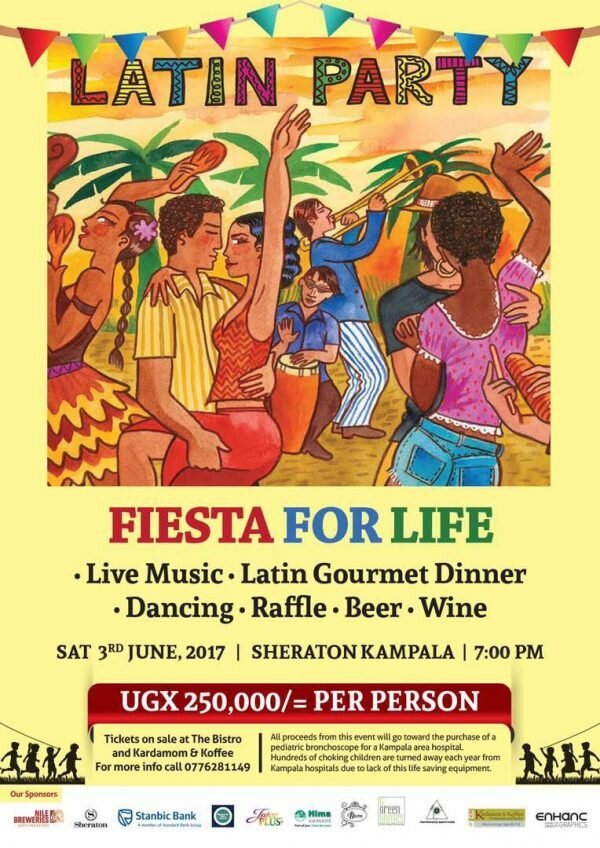 Posted By: Guest Writeron: May 30, 2017In: Community, FeaturedTags: Pediatric Bronchoscopes
Print
Share this on WhatsApp

In February 2017, Jennifer Griffith’s daughter, 2 years old, choked on a nut and it aspirated it into her left lung. Jennifer and her husband, Douglas, rushed their baby to Nakasero Hospital where they we were told that her lung was collapsing.

“In Our baby’s case, the foreign body had moved far along the airway and into the lung so it was not directly blocking the airway. We had about 72 hours to have the residue removed from her lung before she would begin to loose significant oxygen,” narrates Griffith.

She adds that: “We are blessed with good medical insurance and were lucky to have the time to fly to South Africa on an emergency jet. Their baby’s life was saved there in the hands of a skilled doctor who used a pediatric bronchoscope to remove the nut from her lung.”

A bronchoscopy is a procedure whereby a doctor examines one’s airways. The doctor uses an instrument called a bronchoscope, which is made of flexible fiber-optic material and has a light source and a camera on the end. It is usually passed through the nose or mouth and pushed down the throat to reach the lungs. With this instrument, a doctor can view all of the structures that make up one’s respiratory system. These include the larynx, trachea, and the smaller airways of the lungs.

The procedure can be used to diagnose lung disease, a tumor, chronic cough or an infection. It is also used in treatment, for example, a doctor can use it to deliver medication to the lungs or remove an object that is caught in the airways, like a piece of food.

In Kampala alone, it is estimated that every year, there are over 1,200 cases of choking involving children. Many parents seek emergency care at hospitals such as Mengo, Nsambya and International Hospital of Kampala, but they find that the hospitals lack life-saving equipment to remove the foreign body from their child’s airways. Such cases are usually referred to Mulago Hospital where the machine is available.
However, not all chocking cases allow for the time it takes to get the child to the reference hospital. Unfortunately, many of these time-sensitive cases do not make through to transfer and treatment.

Project Breathe Kampala
After the experience the Griffiths went through with their daughter, they came together with other parents and formed the Project Breathe Kampala, under which they plan to raise money for the purchase of pediatric bronchoscopes for hospitals in Kampala.
The project will hold a gala evening at the Sheraton Kampala on June 3 under the theme Latin Fiesta Celebration of Life. The project aims at selling 300 tickets among expats and Ugandans and the cost of each entry is sh250,000.
Griffith says their committee, which comprises medical professionals and business-oriented individuals, conducted an analysis of three hospitals in Kampala and decided to place the first pediatric bronchoscope at International Hospital of Kampala. She explains that they chose International Hospital Kampala because of its in-house expertise and capacity to maintain and service the equipment. In addition the hospital is able to serve under-privileged children by providing highly subsidized bronchoscopy emergency .