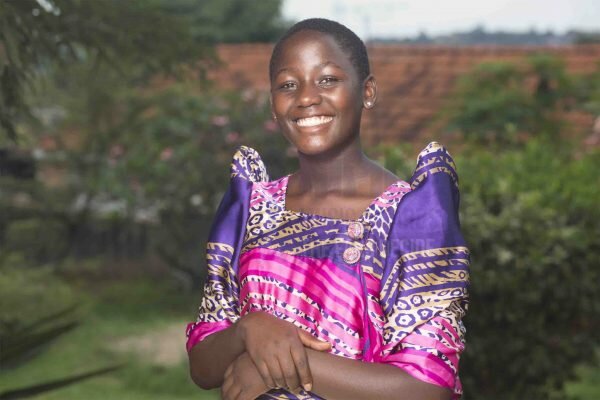 Madina Nalwanga To Be Honored With The “Entertainment Showpiece Act” Award

The 5th prestigious HiPipo Music Awards will honor Madina Nalwanga with the award of “Entertainment Showpiece Act of 2016” in recognition and celebration of her role in  ‘Queen of Katwe’ a 2016 American biographical sports drama film directed by Mira Nair and written by William Wheeler starring David Oyelowo, Lupita Nyong’o, and Madina Nalwanga.

‘Queen of Katwe story telling would have fallen short without a befitting actor but the young Madinah acting was superb for a debutant resulting into numerous commendations from movie reviews across the world for Madina Nalwanga the true star of the movie.

The movie also shone a spotlight on the talent that lies untapped as all the other actors were phenomenal albeit Nalwanga’s standing out and thus Nalwanga stays up there, with the big Hollywood stars. The movie also served as a lesson for Ugandan Filmmakers.

“Madina Nalwanga is the talented young dancer that has turned celebrated Hollywood superstar in her debut act. Courtesy of this accomplishment, The 5th prestigious HiPipo Music Awards will celebrate Madina Nalwanga with The Entertainment Showpiece Act of 2016” noted Innocent Kawooya, CEO HiPipo. Adding that “The Entertainment Showpiece Act is an award to an entertainment act that attracts critical attention and admiration and is an outstanding performance in the entertainment industry during the year. The awards is open for performing arts industry works and personalities including for Music, Dance, Drama, Comedy and Film;”

The prestigious HiPipo Music Awards that occurs yearly since 2012 is an annual extravaganza organized by HiPipo, to celebrate, promote and recognize music excellence in Uganda, East Africa and Whole of Africa.

The awards event will be graced with star studded epic performances from Ziza Bafana, Sheebah Karungi, Bebe Cool, Maureen Nantume and Ziwuuna band (led by Sammy Kasule and Frank Mbalire) among others. The Co-Host of the night will be Douglas Lwanga the CEO Brand Purple and Wesley King (The King of Radio)that doubles as the resident HiPipo events host since 2014.

The prestigious HiPipo Music Awards 2017 tickets will be sold exclusively through PayWay. To book a ticket, visit any PayWay location and purchase one, keep your ticket safe and present it for scanning by PayWay team at the entrance on 4th February 2017. Find PayWay points at all Total and Shell petrol stations, Mogas, Major supermarkets, Shops, Shopping malls and wherever you see the PayWay logo.

No top posts yet