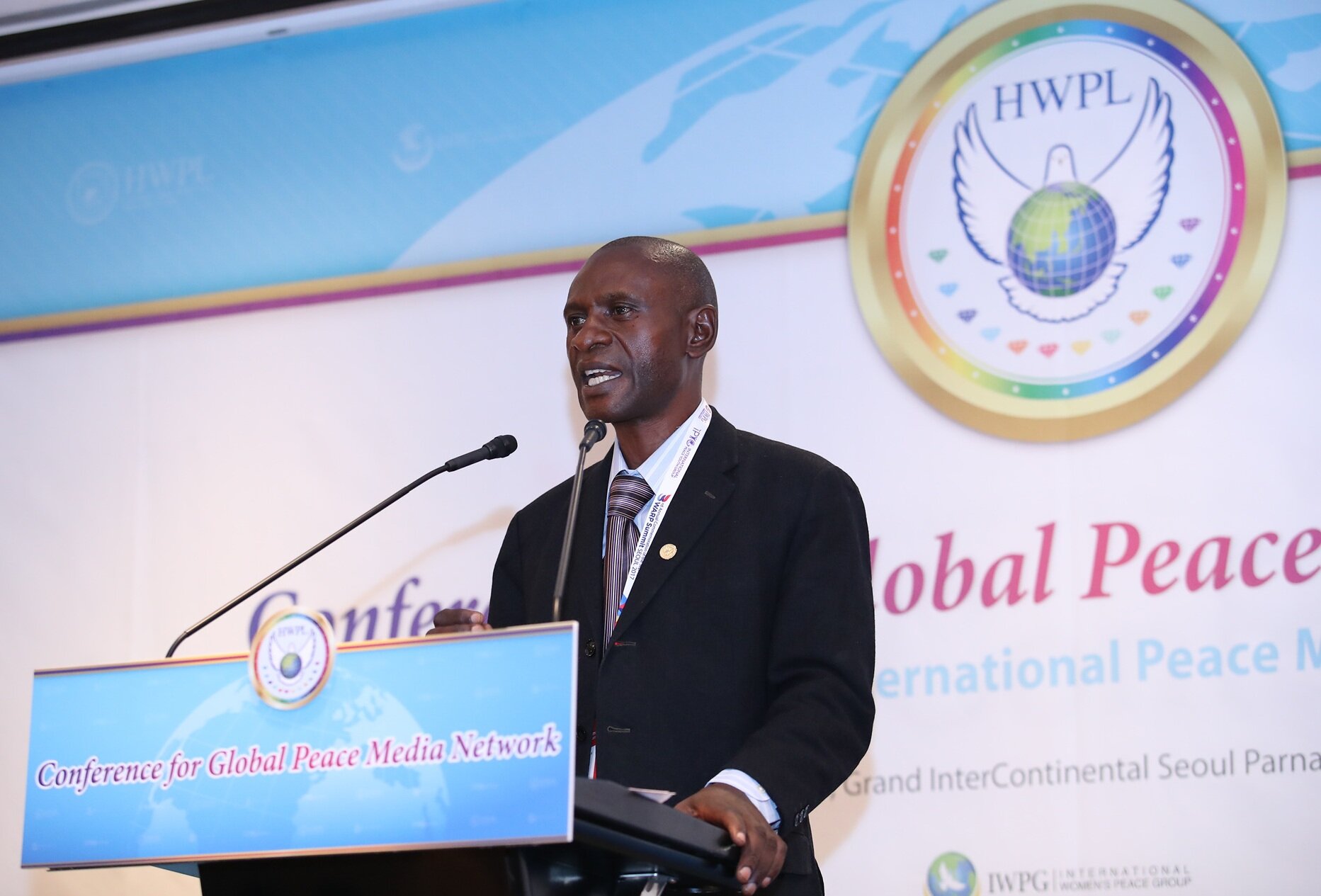 Journalists Advocate Commitment To Building Peace In Our Times

Posted By: Guest Writeron: September 28, 2017In: All Blogs, Business, CommunityTags:
Print
Share this on WhatsApp

In the face of nuclear test, military conflict, terrorism and violent extremism that recently increases instability in the globe, the role of press with active engagement of journalists in peacebuilding was discussed on September 17th in Seoul, Republic of Korea. 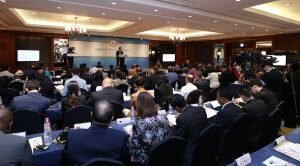 Heavenly Culture, World Peace, Restoration of Light (HWPL), an international NGO under the UN ECOSOC, hosted the 3rd Annual Commemoration of the World Alliance of Religions’ Peace (WARP) Summit” from September 17th to 19th with the theme of “constructing collaborative governance for development and implementation of the Declaration of Peace and Cessation of War (DPCW). With participation of 100 journalists from 50 countries, the “Conference for Global Peace Media Network: Freedom of Press and International Peace Media Community Initiative” as a session in the summit was held to advocate journalists’ active engagement in peacebuilding efforts.

Chairman Man Hee Lee of HWPL said, “The work of peace is not given to an individual or company, but to everyone in the globe. HWPL as a peace organization under both UN DPI and ECOSOC is seeking to build cooperation with the UN focusing on cessation of war and global peace in a way that everyone in our globe can participate in this work of peace with the same heart of peace.”

As a guest speaker, Rev. Tshuma Masimango Katembo, president of Oneness Development Association from Democratic Republic of the Congo, emphasized the role of journalism by saying, “Women were raped in their fields, in the forest, along the roads and in their houses. They have seen how their husbands, their fathers and brothers in law were killed and cooked in their presence and were forced to eat some part of their body. However, we found the hope from the DPCW of HWPL. All the 10 articles are exactly what DRC has needed. Please make sure of broadcasting this situation.” 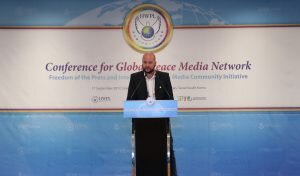 With an example of conflict resolution in Macedonia in 2001, Mr. Bojan Stojkovski from Makfax News Agency highlighted the role of media in peacebuilding. “Thanks to the efforts of some of the Macedonian institutions, the media and the international community, that violent scenario that was supposed to lead to a civil war was avoided and democracy prevailed. But these events once again showed the fragile state of Macedonia, but the Balkan countries in general as well, and that we, as a society, should always work on peace building, in order to stop incidents like this,” he commented. 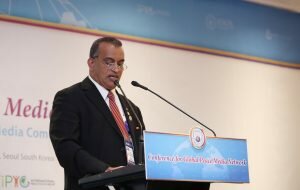 Mr. Kamal Khalifa, chairman of Alsalamnews from Egypt also added, “As a media professional, we have a responsibility and ability to reach to the public with the truth and good news of peace as the bridge between 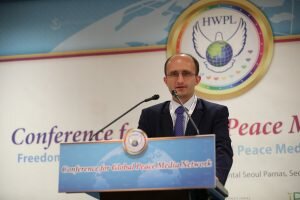 In his speech, Mr. Igor Shevyrov, journalist of Izvestia in Ukraine urged international cooperation in the field of press for peacebuilding. He said, “The “International Peace Network Initiative” with the project of opening a platform for peace journalism, initiated by our organization HWPL, is very relevant, demanded, and it has a steady development which means the prospects are great. The society should be accustomed to peaceful news, and it is important in society to systematically develop a culture of peace.” 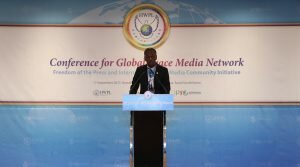 Stating the environment of African press and the need to spread news of peace, Mr. Jean de Dieu Munyembabazi,  journalist at IGIHE Brundi from Rwanda, said, “Freedom of speech in most of the African countries is still a myth, an ideal. As a journalist, I have decided to do my work by sharing evidence and well-researched news and spread it across the country as well as internationally. To do this work, I will share the news for the HWPL platform. People have a right to know what is going on.”

Mr. Ian Seo, Chief Manager of International Press Department, HWPL from South Korea, explained a vision of peace journalism with a network of journalists. “The peace media initiative we are planning to establish will start with a news platform as a website concentrating on peace-related issues, not only covering information of conflicts around the world but also taking account of solutions offered by professional journalists like you. This will allow people to have access to knowledge in every part of the globe regarding peacebuilding,” he said.